Triggers act as an initiator that starts a journey whenever an event occurs. In simple terms, it's like a waiter asking for a food order. Once received, he reports it to a chef. Classifying the above example in technical terms:

Let's consider an example to dig deeper. "Whenever you send a message on the Facebook Page via Facebook messenger, the content of the message will get sent to your email via Gmail":

Depending on the Gupshup APIs available, there are two types of triggers that keep monitoring the events. The first type of trigger keeps a real-time check, called webhook or real-time triggers. The other set of triggers keep polling the app at a definite time interval and then fires off the data in a batch. These are called polling triggers.

Let's take a look at this diagram and understand the trigger mechanism:

As we have already discussed, we have two types of triggers that capture the data and send you the notification depending on their nature of execution. Let's study them in detail.

Webhook is another important mechanism as Gupshup Integration real-time triggers are built using user-defined HTTP callbacks, similar to a webhook. The advantage of webhooks is that there is no delay, and it is more efficient as we only receive notifications from apps when events occur. Also, webhook triggers eliminate sending multiple requests just to check whether the trigger event has occurred or not. It sends a single request for a single event, thus executing the process faster. In this way, you have your data or task ready to be dealt with. Look at the following example of a real-time trigger: 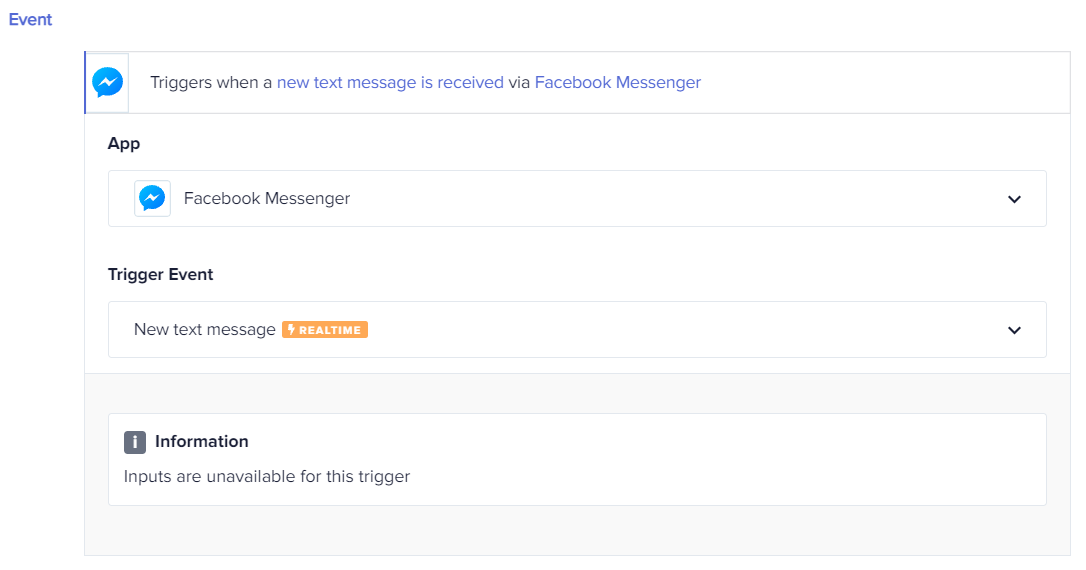 Scheduler by Gupshup Integration and Callable trigger obey the basic concepts of a real-time trigger.

Scheduler by Gupshup Integration keeps looking for an event periodically at specified intervals i.e., minutes, hours, days, weeks, months, and years to trigger accordingly. It's a customized alarm system that Integration has built, enabling users to deal with chunks of data arriving at a specific time slot. 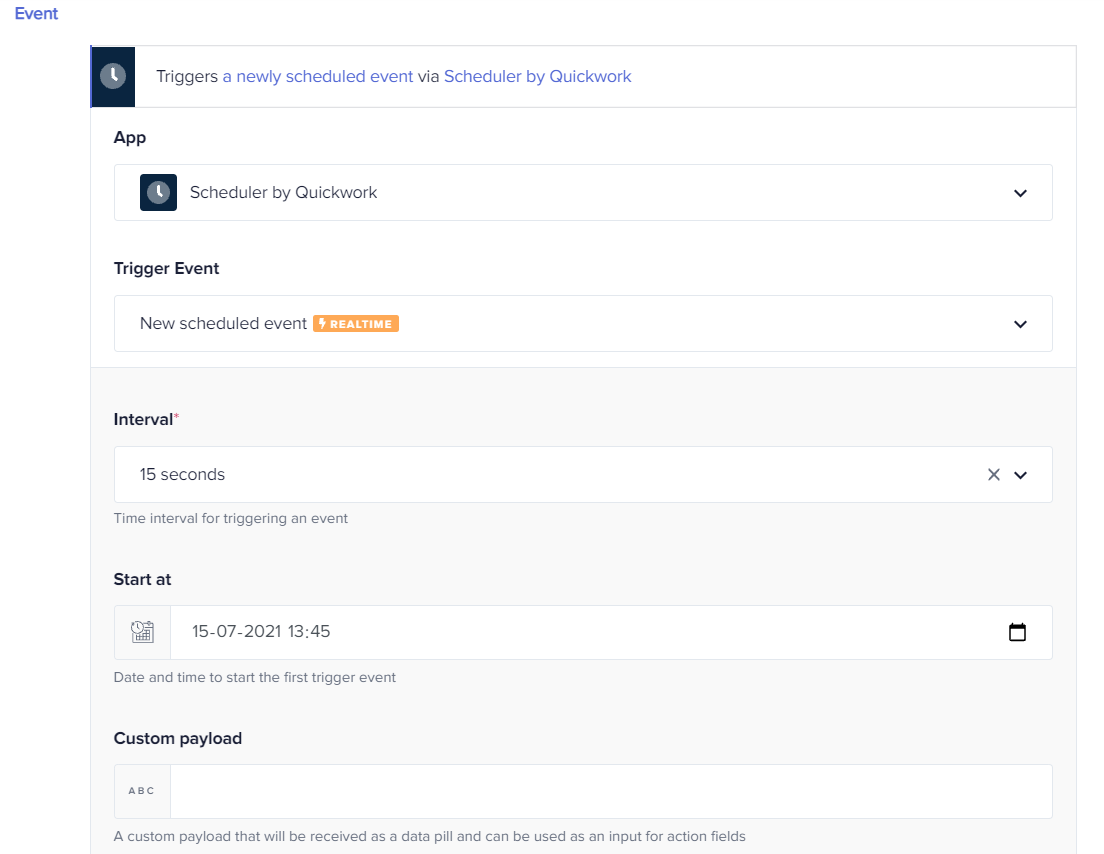 A callable trigger results in the execution of two or more journeys on a single click. A super complex journey with a trigger as Callable containing many actionable steps can be called by another journey easily that contains the same Callable feature in the action steps. Thus, a parent-child relationship is maintained while executing a journey. 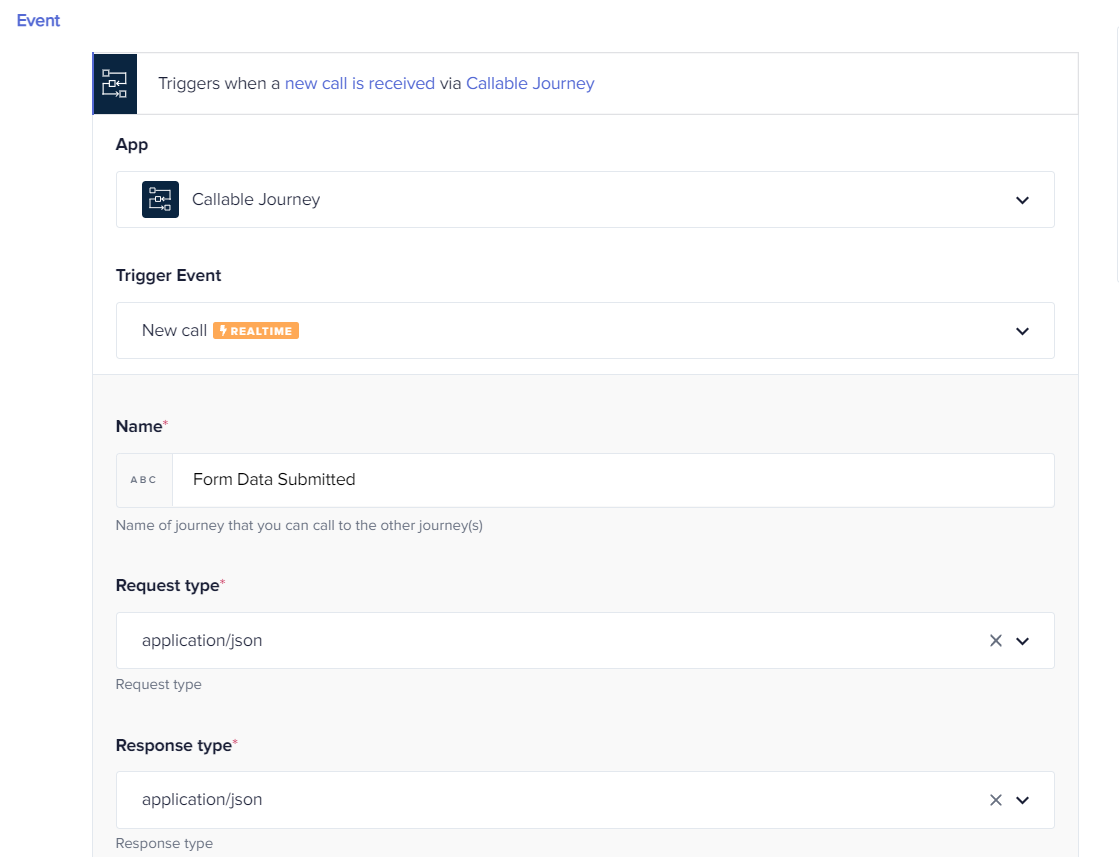 Polling triggers periodically check for the defined events occurring in the specified app. The time interval to check for the updates is 1 minute.

Each poll executed at 1 minute may return a single or a batch of data to deal with. As this trigger doesn't rely on a real-time check, there are possibilities of bulk data accumulation. For example, fetch all JIRA tickets and send an email via Gmail. According to this use case, the journey keeps running continuously, and the JIRA polling trigger periodically keeps fetching the tickets every 1 minute. 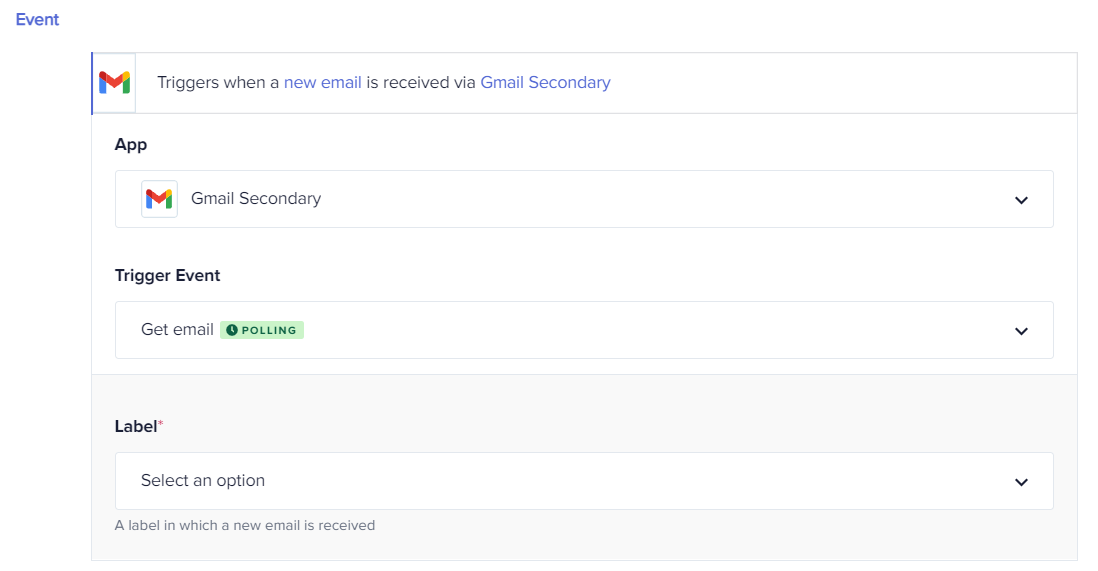 *The behavior of Gupshup Integration triggers is FIFO in nature. The event with the oldest timestamp, present in a queue, gets triggered first. The pointer associated with queuing events keeps a record of which events have been fired off and which events are yet to be. In this way, the duplication of the data gets neglected.